Got up this morning feeling ill–still. Started feeling depressed and blue. After a while, I decided that I needed to start setting goals for myself. Hold myself to another level so that I begin to feel good about myself again. Need to see some sort of progress in life. Financially, personally, socially, educationally–whatever. But, that was quickly thrown out the window when I was left wracking my brain for the last couple of hours trying to figure out why there are so judgmental. 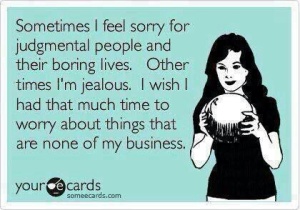 I am a part of a group on Facebook–and if it’s sake, it’s going to remain nameless. But, I put a picture up–a picture about “what happens when you have kids”. The picture below is just that picture. 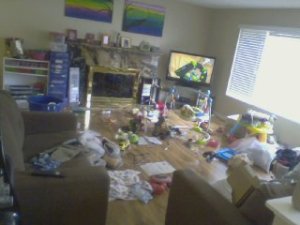 I explained how I wasn’t feeling well this weekend and so I hadn’t done anything. The group also knows that I am downsizing. But, from the one group I thought I would have support–I got judgmentally comments about how it was bad parenting. I was told that that’s not what happens when you have kids, that it’s what happens when parents don’t teach their kids to pick up when they’re done. 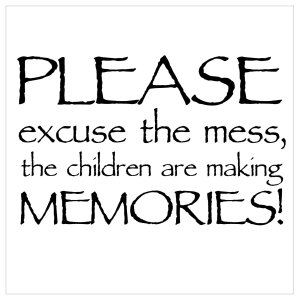 Excuse me but, you don’t even know me. You don’t know what I do, day in and day out. Do me a favor–don’t judge me before you get to know me.

Sadly, this wasn’t the only judgment I go thrown my way because of this. Another mom decided that she was going to attack me–without actually attacking me. She took it from another group, when I needed support. Her comment was this…

NOWHERE!! did I say I was blaming my kids. I simply said that this is what happens when you kids. I clean up after my kids and they know to clean up after themselves. But, sometimes, we all just have off days. I had an off weekend. So, do me a favor and stuff it. 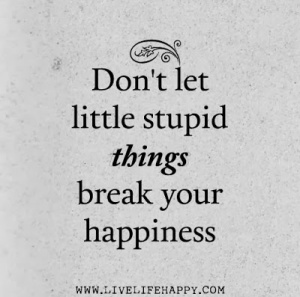 You will not ruin my day, my life–nothing! I will simple show the world that I am HUMAN! And I can own up to my “mistakes” while you–you will sit on your pedestal, with your nose in the air, head in the clouds, believing that you are all that and a bag of chips. If that is how you choose to live, then so be it. But, leave my mistakes to me.

2 thoughts on “Why So Judgmental?”